Top Posts
11 Christmas Gift Ideas for a Traveler That...
Holiday in Cambodia
Eastern Mountain Sports Promotion for Fall 2018
Travel and The Law of Attraction
New Year Resolutions and The State of Becoming
BOGO Sale at MooseJaw!
Firebox Stove Review | For a Backpacker, By...
Travel Themed Graphic Tees
LifeStraw Review | For a Backpacker, By a...
6 Fun Gadgets for Backpacking and Travel
Home Cheap Travel Tips The Art of Haggling!

The Art of Haggling!

So you’ve heard this word tossed around a bit, but what’s it mean, how does it work and can you really do it? Read on my friend, you’ve come to the right place!

Haggling is – at it’s most basic – bargaining. Persistently and without shame.

I have saved literally thousands of dollars by haggling and you can too! 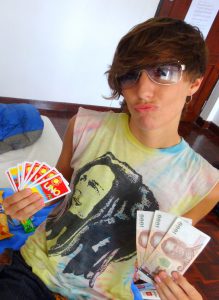 It can be hard to care about how much you’re spending when what you’re spending looks like Monopoly money, so every time I enter a new country one of the first things I do is check the current conversion rate. Then I figure out how I’m going to remember it.

Just to give you an example of this, when I first arrived in Thailand the easiest way for me to wrap my head around what I was truly spending was to keep in mind that 100 Baht is just under $3 USD. From there I could ballpark the amount that something cost and judge prices against it. It was my reference point, so to speak.

Once you commit to memory the conversion rate, you’re ready to learn the art of haggling. So here are some take away tips I guarantee will work!

These people are con-artists and make a killing. It’s what they do and how they earn a living so they’ve got to be good at it. And that doesn’t bother me at all, I think it’s fun. It’s a game that I love playing. And once you hone in on these skills, you will too.

When you have to work for something, it increases it’s value – not price – but value. Both parties involved with the transaction get something out of it and it adds to the experience. Let’s revisit the Chanel story – The seller received 12 REAL dollars for a FAKE watered down knock off perfume that probably wouldn’t sell anywhere else. After smelling like nothing but myself for months, I saved 98 dollars AND smelled simply marvelous … for stints lasting up to about ten minutes haha. See? A win-win!

How do you feel about haggling? Do you have any great stories you’d like to share? I’d love to hear your thoughts in the comments section below! 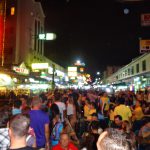 I thoroughly enjoy haggling, it’s one of the many pleasure of travelling. The first time I did it I was so pleased with myself for getting a bargain and then I felt guilty because the few dollars difference in price meant nothing to me but it could have put food on the table for the vendor. Now I realize that haggling is expected and if you don’t participate they think you’re a fool. The original prices quoted are way above what you can expect to pay after haggling. And they’re not going to sell the item to you if they’re… Read more »

Marion, thanks so much for sharing your thoughts! I can see how you’d feel a bit guilty initially, but I hope now you can have a clear conscience after reading from a different vantage point 🙂

You make it sound fun! How do you know when it’s acceptable to haggle and when it’s not? Do you just watch what other people are doing? Or do you wait for the seller to show their open to negotiate? I can’t believe how much you got the perfume for…good work!! And yes, I hate the cheap perfumes that smell good but never last very long!

That’s a great question! Personally, I don’t wait or watch anyone. People tend to be afraid to ask for what what they want. There are two very common yet very different situations in which you can haggle. 1.) The seller is trying to get your attention with this thing or that thing, making offers, trying to lure you in. There are exceptions to everything, but generally in this case you can always haggle. In fact, they probably expect you to. 2.) You enter a store or approach a seller unprovoked. This is when it’s acceptable to ask, “How much is… Read more »