Top Posts
11 Christmas Gift Ideas for a Traveler That...
Holiday in Cambodia
Eastern Mountain Sports Promotion for Fall 2018
Travel and The Law of Attraction
New Year Resolutions and The State of Becoming
BOGO Sale at MooseJaw!
Firebox Stove Review | For a Backpacker, By...
Travel Themed Graphic Tees
LifeStraw Review | For a Backpacker, By a...
6 Fun Gadgets for Backpacking and Travel
Home Portugal Lisbon – Portugal’s Coastal Capital 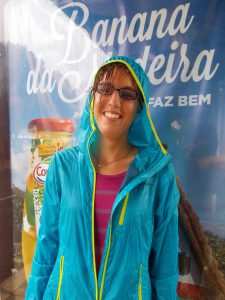 Spend some time in Lisbon, and don’t get stuck in the rain!

I visited Lisbon (Lisboa) in late September, Portugal’s coastal capital. And although Portugal doesn’t technically have a “rainy” season – it sure did feel like it while I was there!

Lisbon is a popular spot for European summer vacationers. The weather is hot and the beaches are crowded. So generally the best times to visit are from March to May, or from September through October when it’s still warm and less populated. However, this specific September it rained every day for a week! It was also very windy. One day in particular we watched as a group of tourists disembarked from a large tour bus, fought with their inside-out umbrellas for a few minutes, then watched as half of them went right back onto the bus. Ah, well. What do ya do? 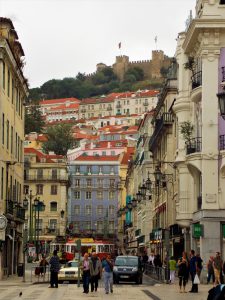 Lisbon is a hilly city, but this is no surprise to the locals and they’ve made getting around pretty easy on themselves! There are bikes for rent, taxis of course, the metro, buses, funiculars and elevators. Be sure to check out, “Ascensor do Lavra,” while you’re there! It’s the oldest elevator in Lisbon, dating back to 1884.

Let’s talk trams! These aren’t going to be the most comfortable of rides, but it’s all about the experience! Many were used back in World War 2, and won’t have air conditioning or padded seats. Tram 28 holds almost an iconic status when it comes to sight-seeing in Lisbon. Much like when you say, “cable cars” your mind may snap to San Francisco, or how a picture of a red double-decker bus automatically means “London.” Not only is it a must-see and must-do, it’s pretty inexpensive as well. One ticket is around 3 USD and can be purchased directly on the tram. But a better option may be the 24 hour pass that costs closer to 8 USD. The 24 hour pass can be used on the tram, buses, and metro but, unlike the one time ticket, can only be purchased at a metro station. Take Tram 28 for a scenic route through Graca, Baixa and Bairro Alto, also catch a few attractions along the way such as St. George’s Castle and Alfama. This is the heart of Lisbon. 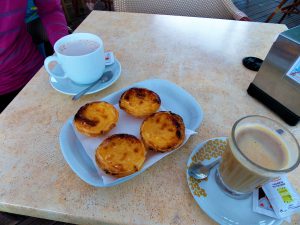 Belem is a waterfront district, and although it’s not exactly within walking distance from downtown Lisbon, it’s an easy 15 minute bus ride. Once there, be sure to stop in at, “Pasteis de Belem” which is located in the same vicinity as The Belem Tower, the Discoveries Monument, and from which you can see the 25 de Abril Bridge over the Tagus River. Here even the locals flock to purchase the small tarts Lisbon is known for. They run about 1 Euro each (a little over 1 USD) and the cafe is pretty large and in charge. So although this bakery is generally busy, there’s always plenty of room to sit and enjoy an espresso or hot chocolate with a few delicious pastries.  It provides a safe haven from raging storms too… in case you happen to be out in one 😉 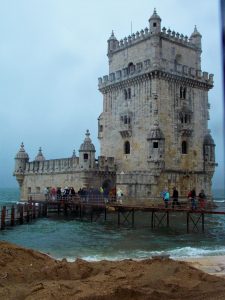 The Belem Tower (or “Torre”) and The Discoveries Monument are only about 2km away from each other, alongside the Tagus riverfront. Lisbon was a popular departure point back during the “Age of Discoveries” – and although many navigators came and went through this area, the most popular would be Christopher Columbus, of course. You can go inside both the tower and the monument, although there seem to always be hoards of tourists and I opted out of standing in lines in the rain. Instead, I decided to take a stroll down the Tagus River waterfront with my umbrella, even in rainy weather it’s beautiful, and you never know what you’ll see. I saw several large jellyfish – probably four feet long, and also an octopus. The sailboats and fishing boats are brightly colored at the docks, and the suspension bridge over the river leads your eyes up to “Cristo Rei,” the Christ Monument in Almada. 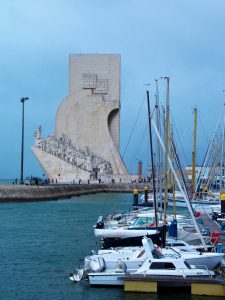 Enjoy nightlife? Bairro Alto is the place for you! Packed with clubs and bars, many hostels will take you on bar crawls through this area. Speaking of hostels, “Good Morning Hostel” is phenomenal. With nightly activities (including wine and cheese night), free WIFI and a computer room, free movies in an entertainment room, and free waffles EVERY morning, you just can’t go wrong staying here! The staff are amazing and the location couldn’t be better, right in the heart of Restauradores Square. You have to walk through to the back wall of an itty bitty little shop to get to what is the front door of the hostel. There’s a security button there and I was tempted to answer, “Gold Finger” when they buzzed me in. With a quick glace over my shoulder and a few customers as witnesses, I disappeared behind a rack of hats. 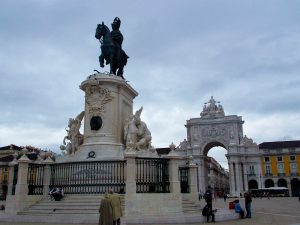 Check out the Oceanarium if you have the time, it’s pretty inexpensive and a good way to spend a few hours inside from the rain! Make sure to walk around the Grand Praca do Comercio and appreciate it’s detailed architecture.  If you’ve got great weather, head up about 20 miles northwest of Lisbon and check out the gorgeous town of Sintra. Have an extra day or two? Take the 45-minute train from Lisbon’s Cais do Sodré station and head west to the seaside village of Cascais. Spend some time on the beaches or meandering through the forts that prevented pirate attacks.

Lisbon is a fantastic place to spend a long weekend, as many of it’s attractions are centralized. Spend a few more days to check out the surrounding areas, soak up some sun and take advantage of all the amazing photo-ops Portugal has to offer!

Been here? Headed here? Share your thoughts with me in the comments section below! 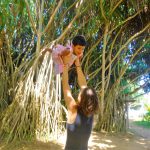 Wow! Portugal is one of the few European countries I haven’t been to, but based on your lovely pictures and tantalizing article, I definitely want to go soon. Thanks. Great website btw.

Thank you! I hope you go!

I love travelling. I have not been in Portugal yet but it is definitely the country I would love to visit, hopefully very soon. Lisbon is a very beautiful city with its unique history. My only concern and actually the reason why I have not headed there yet is that the prices on hotels are so high in there! and the service in the hotel I heard is not the same as saying in Spain or Italy or even Greece. What hotel (budget friendly) close to the historical center will you recommend to stay in? Can you catch Reb Bus… Read more »

The key word you used is “Hotels” .. yes, hotels are going to be a bit more expensive. There are some fantastic Hostels though! Check out HostelWorld or HostelBookers and I think you’ll be pleasantly surprised with the prices you find there 🙂 I stayed in “Good Morning Hostel” which I refer to in my post. As for touring Lisbon, if you rather do a Hop On Hop Off Bus tour, I’d recommend checking out their website for the most up to date and current information. I’ll provide it below! Thanks for stopping by!