Top Posts
11 Christmas Gift Ideas for a Traveler That...
Holiday in Cambodia
Eastern Mountain Sports Promotion for Fall 2018
Travel and The Law of Attraction
New Year Resolutions and The State of Becoming
BOGO Sale at MooseJaw!
Firebox Stove Review | For a Backpacker, By...
Travel Themed Graphic Tees
LifeStraw Review | For a Backpacker, By a...
6 Fun Gadgets for Backpacking and Travel
Home Tags Posts tagged with "Salzburg"
Tag:

Salzburg, Austria – And a day trip to Werfen! 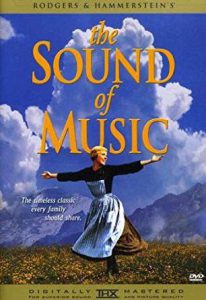 I was 27 years old when I finally watched The Sound Of Music for the very first time. And it wasn’t because I hopped online to order it, or happened across it on TV. It actually wasn’t a decision I had made at all, it was as if the universe had decided it was time. The movie, as you may already know was filmed in Salzburg, Austria. And that just so happened to be where I found myself at 27 – in Salzburg, in a hostel that had a showing of The Sound Of Music. Every. Single. Night.