Top Posts
11 Christmas Gift Ideas for a Traveler That...
Holiday in Cambodia
Eastern Mountain Sports Promotion for Fall 2018
Travel and The Law of Attraction
New Year Resolutions and The State of Becoming
BOGO Sale at MooseJaw!
Firebox Stove Review | For a Backpacker, By...
Travel Themed Graphic Tees
LifeStraw Review | For a Backpacker, By a...
6 Fun Gadgets for Backpacking and Travel
Home Uncategorized The Secret Life Of Walter Mitty – Fantasy and reality cleverly braided together, A Backpackers Perspective

The Secret Life Of Walter Mitty – Fantasy and reality cleverly braided together, A Backpackers Perspective 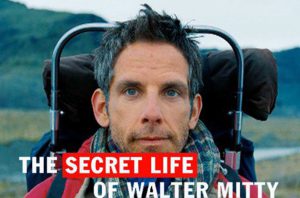 If this movie doesn’t make you want to look at your 9-5 routine and run in the opposite direction, I don’t know what will!

The film boasts a blockbuster cast chocked full of relateable characters; Ben Stiller, Kristen Wiig, Sean Penn, Shirley MacLaine, and Adam Scott (with some cameos of a few others that I’m sure you’ve seen here and there).

Rated PG so if you’ve got some little ones around you can rest easy – no surprise, “Cover your eyes!” moments. Although there are three or four curse words (not including the notorious f-bomb).

IMDB rates The Secret Life of Walter Mitty 7.3/10, however Rotten Tomatoes begrudgingly gives the film a 5.1/10

I tend to side with IMDB on this one! 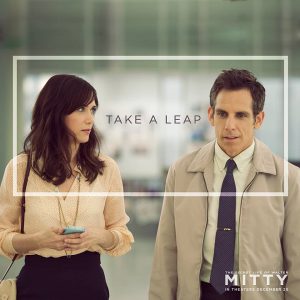 Introverted, quiet and hard-working, Walter tends to “zone out” when reality weighs a bit too heavy. Instead of taking the bull by the horns and switching up his daily grind, he executes his dreams in the fantasy realm. He becomes the hero, the romantic, and the spontaneous in a risk-free environment he creates in his mind.

With hints of a RomCom littering the first half of the movie, Walter encompasses all of your typical love-struck tendencies so often portrayed by the head-over-heels wishful protagonist.

Things change rapidly when he finds himself in quite the conundrum at work, threatening his employment and that of his love interest Cheryl, (played by Kristen Wiig) at LIFE Magazine. In an effort to remedy the issue at hand, and encouraged by Cheryl to “go solve the mystery,” he begins his transforming journey from the predictable guy behind the desk to an adventurous dare-devil and globe-trotter.

Taking a bit of time to wind-up, the film delivers an enthralling second half. The line between fantasy and reality blurs during Walter’s path to self-discovery, his over-active imagination guilty of creating alternative possibilities and outcomes for each new adventure he stumbles upon.

Walter is faced with one action packed scenario after the next, presented in such a whimsical and fanciful way that the viewer is often left with the question, “Did that really happen?”

It’s clear in a few scenes that even Walter himself is unsure of the answer. 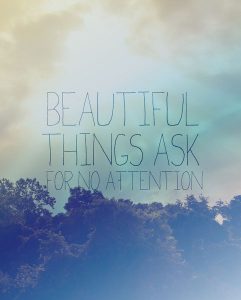 From the hum-drum of the cubicle box, to the enticing adrenaline rush of venturing “outside of the box,” Walter takes us for a once-in-a-lifetime ride.

No hallucinogens needed for this trip!

Cleverly scattered here and there with thought-provoking allusions, your subconscious will get nothing short of a healthy work-out. Stiller wasn’t stingy with the visuals either, between the larger than life action scenes to the numerous displays of picturesque landscapes, there’s bound to be an aspect of this film that implores your inner aspirations. There’s even a Matrix reference made, pay attention and maybe you’ll recognize it!

Tugging at the heart strings with inspirational moments, beautiful filmography and an uplifting soundtrack, The Secret Life of Walter Mitty appeals to the deepest desires of us all; to live bigger and experience bigger.

A wonderful reflection of the unremarkable becoming the envied grander version of oneself. The realization of one’s capabilities and resiliency. The acceptance of growth and transformation. This film encapsulates the ultimate freedom.

To see the world, things dangerous to come to, to see behind walls, draw closer, to find each other, and to feel. That is the purpose of life.

As a backpacker this film and the meaning behind it resonated to my core. Even now, having seen it a handful of times, I can’t watch it without having those feelings of wanderlust. That thrill and excitement that borders fear. The rush of experiencing the unknown. Tasting and feeling the untouched parts of the world. Creating moments in places that wouldn’t just naturally happen. Making actual choices verses the mundane routine of the socially acceptable “daily life.”

If what you’re doing doesn’t make you feel alive, then you’re missing it. Take a look at the trailer below, you won’t regret it!

If you want to own this movie and add it to your personal collection, or just check out a few other great options, head on over to my Books&Films list! 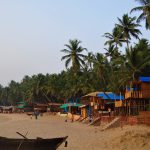 Getting real with myself in Goa, India – Part One

Things to do in Romania!

Gifts for a Traveler

The Way, A Pilgrimage – Movie Review

Salzburg, Austria – And a day trip to...

Wow, great review! You really made me want to see this movie! I think I may have seen it already, because of the scenes where you can’t tell if he is really experiencing things or not. I’m pretty sure I saw it recently. Anyway, super good review, I’m going to make sure I’ve seen it so you did an awesome job! Thank you!

Yeah there are some pretty memorable scenes, for sure! And I guess it wouldn’t hurt to watch it again (just in case) Enjoy!

I have not seen this. Your review has just sold me. Very expertly executed… and I thank ya!

I’m confident you’ll enjoy the film, Manika! And if you’d like, come back and share your thoughts after watching 🙂