Top Posts
11 Christmas Gift Ideas for a Traveler That...
Holiday in Cambodia
Eastern Mountain Sports Promotion for Fall 2018
Travel and The Law of Attraction
New Year Resolutions and The State of Becoming
BOGO Sale at MooseJaw!
Firebox Stove Review | For a Backpacker, By...
Travel Themed Graphic Tees
LifeStraw Review | For a Backpacker, By a...
6 Fun Gadgets for Backpacking and Travel
Home Inspirational Movies The Way, A Pilgrimage – Movie Review

The Way, A Pilgrimage – Movie Review 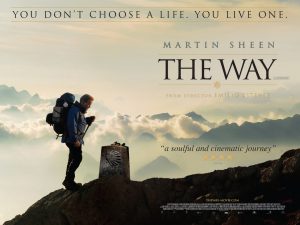 The longest journey is the journey inward

Rating: PG-13 (for some smoking and drug use/references) 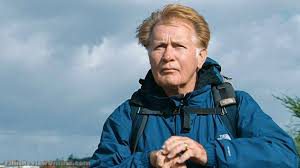 Tom is an American doctor from California, a straight-edged man who has lived out the traditional “American Dream” – to graduate college, land a solid job, buy a house, take a few vacations and retire. His grown son Daniel is the complete opposite. Daniel longs for adventure and his soul yearns for the new and the foreign. He decides to drop everything to pursue his dream of travel. In an attempt to remedy a strained relationship Daniel invites his father to join him, but when Tom shoots down the idea, Daniel takes off on his own.

El Camino de Santiago is a pilgrimage people from all over the world have been walking for centuries. The traditional, “Way of St. James” begins in Southern France and crosses over the Pyrenese Mountains range into the Northern region of Spain.  It is here where Daniel gets caught in a storm and perishes. When his father receives word of his death, he flies over to France to identify his sons body.

And that’s when the story takes a bit of a turn. Instead of taking his sons remains back home to the states, as planned, Tom makes a spontaneous decision; to complete the Camino in his sons honor, carrying with him Daniels ashes. 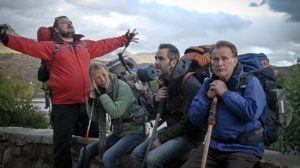 And so, with his sons pack and walking stick, his journey begins. What seems to be an extended hike on the surface quickly becomes layered with a sense of intricate depth. As the days go by, Tom involuntarily meets other pilgrims from around the world, but three in particular he can’t seem to shake. This is a blessing in disguise. As all four characters search for meaning and understanding, a grander reason for things, an explanation of sorts, and a clear direction for their lives, they are forced to bond over the challenges they face.

Tom spots Daniel several times along the path and among the friends he inevitably makes. Whether this is really Daniel finishing out the Camino with his father from another realm, or his fathers guilt-ridden heart making peace with his son, is left up to the viewer. Upon arriving in Santiago there is no doubt a sense of completion and fulfillment to some degree, yet the inkling that there is still more left unfinished still remains. With the Camino technically over the group talks of splitting up, yet they are all inclined to press on. Here there is a very keen awareness of family being something one can create, and love being something one must accept. 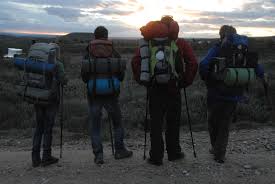 Although there is a sense of adventure and a handful of action scenes, The Way is quite modest in that department. A sensitive and soul-prodding undertone carries through-out the entire length of the film, leaving it’s audience no choice but to delve inward and analyze their own life. With both spiritual and inspirational touches, The Way has a vast reach – internationally, as well as right here at home. Littered with both humor and tragedy, this film offers the perfect balance of entertainment, purposefulness, and vigor for life. With an uplifting soundtrack, gorgeous Spanish scenery and rich dialogue, this movie speaks to the heart in several languages. It beckons the spirit to go, learn, and discover.

As a backpacker, this movie screamed at me. It demanded to be heard. It encapsulated the sense of self discovery I didn’t even know I needed until the moment it was staring me in the face. It may sound a bit far fetched, but I felt spoken to. I felt the hairs on the back of my neck stand up and an urge to run. To, not from. And I hadn’t even finished the film when I decided that I would go and do this. One year later I did. You can catch a glimpse of my Camino experience here! Interested in other travel movies? Check out some more here!

Check out the trailer below and see if it doesn’t give you some goose bumps of your own!

Been here? Done this? Seen the movie? Leave your thoughts in the comments section below, I would love to hear from you! 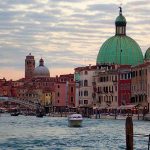 Hi, Courtney!
It seems like a great movie. I am going to watch it for sure. I need some inspirational movie, and this looks exactly, what I want.
Thank you for this review!

Happy you liked it! Check out my review on The Secret Life of Walter Mitty, I think you’d enjoy it!

I am also a traveler and will definitely check out the movie!
Thanks for the review
Lena

Thanks for stopping by!

I love this movie. Just the irony of the father completing the journey for the son and his awakening to those around him made me sad that this movie had to end. I’ve always been a hiker and one bucket list goal is the Appalachian Trail. When I saw The Way, it got my motivation going even more. Long distance hikes or walks can be done by anybody, young or old. Really enjoyed the post. Thanks.

So happy you liked it! It is a great movie! And good luck with your Appalachian adventure!